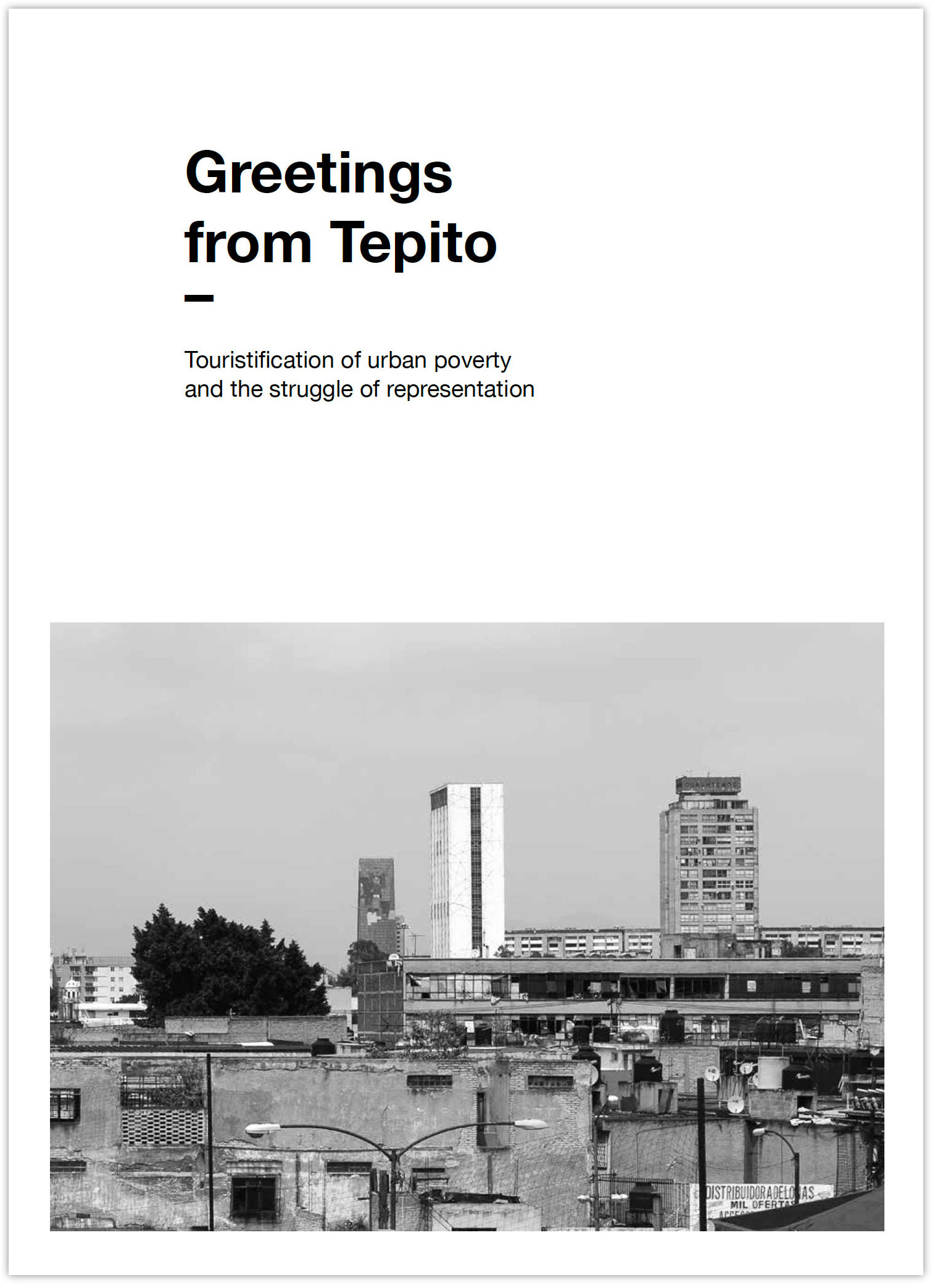 Just a stone`s throw from the so called Zocalo, the Placa de la Constitución, which is the main central square of Mexico City, is Tepito, a historic, notorious city district that can be visited as a tourist attraction. With Alfonso`s „Tepito Safari“ strangers are guided safely through the borough, that they would not dare to enter by themselves. Tepito is associated with drug-dealing, criminality, garbage, the huge street market and the shrine of the Holy Santa Muerte – equivalent is the stigmatization of the quarters image, which is multiplied and confirmed in the mass media and also of its inhabitants, that are accompanied by it every day. The commercialization of Tepito as a tourist product is strongly associated to its mutual influencing negative reputation and its visual representation. Still there is a certain pride among the Tepiteños, the inhabitants of Tepito, or even a collective identity, that seems to defy poverty and the negative image. The insatisfaction about the way in that their home is unveiled to the tourists is on the part of the dwellers very perceptible and present; however there exists no consensus on how the neighbourhood wants to be represented - too manifold are strategies of coping the every day life. During my stay of one month in Mexico City I joined some tours through the area with Alfonso and accompanied people from Tepito that are in many different ways involved in local problems or fighting them - such as criminality, drug dealing, the black street market etc. - in their daily routine. They also took me around the area and showed me their personal version of Tepito as an individual, private but still representative perspective on the neighbourhood. This is not an attempt to document real life in Tepito. The idea is more of creating an image and constructing reality that is open to multiple ways of interpretation, based on personal experience.